How to survive in a wasteland post apocalyptic world? – Metro Exodus

Metro Exodus is one of the most important parts of the video gaming series because in this game you will be encountering the adventure and journey of Artyom. He is the protagonist of this game. So this game is going to get released the upcoming few days and this is a first-person shooting game. It has been developed by 4A games. In the series of Metro games, it is the third one. It is now following the events of Metro: Last night and Metro 2033. 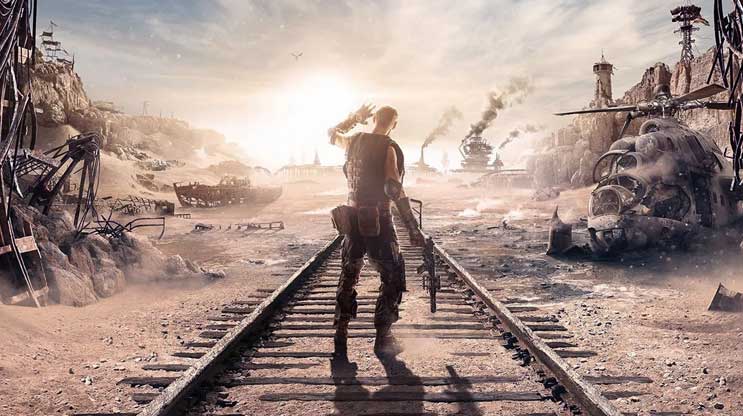 Gameplay
So this first-person shooting game Metro Exodus is filled with stealth elements and survival horror. The entire game is set in a wasteland post-apocalyptic. So the players who will be joining the game will have to cope up with several combats and hazards against the mutated creators along with hostile humans.

All the players will be having huge weaponry which they can customize. The entire game will be featuring the sandbox environment with linear levels. So you are also getting the feature of dynamic weather, the cycle of day and night along with environment which will be changing depending on the season which the current story will have.

Characters
Artyom: With the hope of finding life outside the tunnel, Artyom is living his entire life in this metro and on several occasions he has even risked his life for protecting Metro from danger. He will be venturing outside on a regular basis with the radio transceiver for establishing some communication with the outside world.

Anna: Anna is the wife of Artyom and the daughter of Miller. Anna will also provide you with the basic support on every mission which is away from Aurora. Among all the Spartan Ranger she is known to be the best in the field of sniping and she will be watching you every time so you can be pretty much assured about your safety when you are with her. She has this indomitable attitude combined with kindness and forgiveness.

Miller: Colonel Miller fought the battle of D6 and lost the legs. Now he has metal legs and is very stubborn and is holding the position of commander of Aurora. You can describe him as rational, military figure and harsh. In the priority list of him, the success of the mission is on the top and he cares deeply for Spartans.

Why it is the best?
This game will keep on changing depending on the season and everything will be arranged according to the progression of the story. You will be meeting several warriors of this game and be using interesting equipment for fighting against mutated creatures.

It is expected to get released on 15th of February and since this is the third one in the series of Metro so it is a highly anticipated game. It can be played on that platforms like PlayStation 4, Xbox One, Microsoft Windows and you can only play this game in the single-player mode.