My opinion of Piquet Master 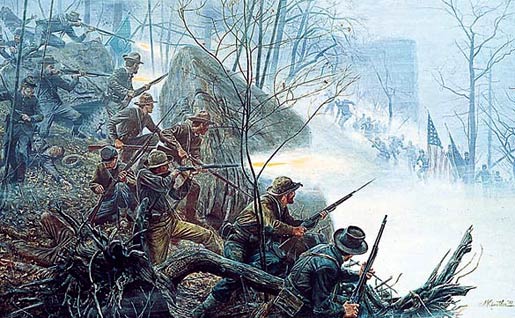 Games what really makes me addictive are these kind of ones, so I am always in the search for rule-sets that allows me to play on my lonesome. As you can notice from this blog, I am a bif fan of “Two Hour Wargames” pairs which are actually detailed created to play as singleplayer. I also love Too Fat Lardies and their various games. In fact, I own almost every rules set produced by both companies.

However, being the rules magpie that I am, I am constantly on the lookout for new mechanisms and systems. And it was that search that brought me to Piquet Master Wargame Rules (Second Edition).
So I took them for a spin and thought I’d share my thoughts.

The Piquet Rule Book
I purchased the Piquet rules from Caliver Books at a cost of £13 plus postage. Then I noticed it was for sale on the Piquet website for $5. I hoped my expensive version might be some limited edition with lots of goodies. It wasn’t. Oh well, bad purchasing decision by me.

The Piquet wargame rules themselves are contained in 84 A4-sized pages with a black cover. Production quality won’t win any awards, but the text is reasonably legible, and there are some good diagrams to explain concepts. It’s all in black and white, but that doesn’t bother me at all.
I did find the text a little on the small side, making it harder to read than it needed to be, but that could be my old eyes.
On the whole the rules are laid out well, but could be clearer in some areas (which rules set couldn’t). They could also be grouped in better ways. For example, it took me a while to figure out that the “Stratagems” section at the end of the rule book, is actually related to the “Army Characterization” at the front of the rule book.

Not A Complete Game
Perhaps the most important thing to understand about the Piquet Master Rules is that they are not a complete game. They are a toolkit of rules that are then modified by period supplements. Some of the rules are optional (and the supplements also have optional rules), allowing you to make the game as complex as you wish.
However, you will have to buy a supplement if you want to use these rules.

I bought Cartouche and Les Grognards. The first deals with warfare in the 18th Century, while the latter is focused on the Napoleonic Wars. I have been really looking at the Horse and Musket period and, after discovering how different the warfare was in these periods, bought them both to do some tactical exploring.
The supplements have a huge amount of information and army lists, allowing you to really get to grips with a period. There can be quite a few rules to add in, but everything is well laid out and easy to follow.
Just bear in mind you have to have the Master Rules and a supplement to play Piquet.

How Do The Rules Play?
Before you can play Piquet you need to do a little preparation. You’ll need to create some decks of cards to play, as well as an army characterization deck. I created some cards, printed them out on paper, glued them on to existing playing cards, and then laminated the final result for durability. Final result is nice, but I did spend a fair few hours getting ready to play.
You will also need to create your army, generating characteristics, troop morale levels, and generally looking at a lot of charts and tables.

But once you play all that work will be worth it.
No two games – even those fought with the same armies over the same terrain – will be the same. Your troops will vary in ability, as will bonuses for your army. It’s all very clever, and all very enjoyable. Certainly, it means your scenario books will have far more life in them.

I have seen a lot of posts on the web that Piquet is complex. Well, it is not easy, and when I played through for the first time I was doing a lot of looking up and referencing. However, once you grasp the core concepts, it is pretty easy and the game flows fine. My six year old daughter was watching me play and even she figured out the combat mechanism by asking a few questions. Now if a six year old girl can learn to play Piquet, I am not going to class it in the “overly complex” camp.
Perhaps the issue lies in the sheer number of rules and optional rules. The key to learning the system seems to be in layering the concepts. Play through once or twice with the very basic concepts, and then add more as you go. That’s solid advice no matter which wargame rules you are playing.

How Long Did It Take To Play?
I played a short scenario as a test that pitted two small armies from my Imagi-Nations against each other. The forces were six units of infantry, two units of cavalry and one of artillery on each side – so a relatively small scale skirmish.
From start to finish, the game took about 3 hours to play. Not short, but not too long either. I spent over half that time looking up rules and figuring out how to play (I had given the rules just a single read through beforehand). I would say, with rules familiarity, you’d play through a game with forces of that size in about 90 minutes.

What Systems Does It Use?
Piquet uses a card based activation system. Both generals roll 1d20 at the start of the turn, with the winner getting to take a number of actions equal to the difference in the scores. It can lead to some lopsided turns (another criticism that has been leveled against the system), although there are dozens of alternate activation systems online to choose from. The second edition rulebook offers up several variants as well.
Generals also have a limited ability to interrupt their opponent’s turn and take surprise actions. It all makes for turns that require thought and give you the feeling that your men are not fully under your control. I believe that to be just how it should feel – so this system gets a double thumbs up from me.
Because the actions you can take are determined by the cards you draw, your army won’t respond how you want it to. You might want to change formation to scare off the cavalry on your flank, but if you don’t get the right card, you can’t. Wargaming might give us a helicopter view of the battlefield – and we can’t stop that – but we can take away god-like control. And that is good.

The morale system is also quite unique. As your army degrades, your opponent’s force can actually take heart at seeing the tide of battle shift in their favor. Morale itself is represented by morale points, and they can also be expended for things such as to reduce your opponent’s actions in a turn. There are a lot of clever mechanisms at work here that really offer some great decision points in your game.
Quality of troops is represented by the size of the dice you roll. Elite troops might attack with a D12, while poor militia might attack with a D4. As the result of combat depends on how much higher you roll then your opponent, the dice sizes nicely reflect varying abilities.

Can You Play Them Solo?
You bet you can! You can solo wargame the heck out of these rules.
The activation system, with single card draws and subsequent actions, are perfect for solo wargaming. You can also create a fog of war by not generating the strength of your “opponent’s” units until actually are engaged in combat. That means you won’t know if you are up against determined militia, or glass jaw elites.
I have played a huge number of games, but this one gives me a real feeling that I am playing an opponent even when I am playing solo.

Overall Rating
I really, really like Piquet. There is a steep learning curve – no doubt about that. But once you do learn the rules, it is huge fun to play.
The system itself is robust and you can tamper with it without breaking it. It is well supported too.
I think my only disappointment is that I didn’t find it sooner.